When Is a Good Time for Early Close?

Professional traders know for sure that no trading strategy is 100% perfect. Success follows those traders who have the innate ability to close loss making trades early, while riding on profits. However, not long ago, a binary options trader had no choice to exit a trade early even after understanding the fact that price movement is not as predicted prior to entering a trade. Even though smart traders resorted to hedging, still, the lack of early closure facility discouraged many traders to operate binary options actively. The brokers were quick to realize the handicap and brought the early close facility, albeit with some restrictions. These often include:

The reason for the restriction is that when a binary options trade is closed early, it is the broker who buys back the contract by acting as a market maker. Thus, to compensate for the decrease in the profit and avoid misuse, certain criteria, mentioned above, should be fulfilled for the early exit icon to get activated.

Professionals suggest an early exit only when a trader faces any of the following situations: 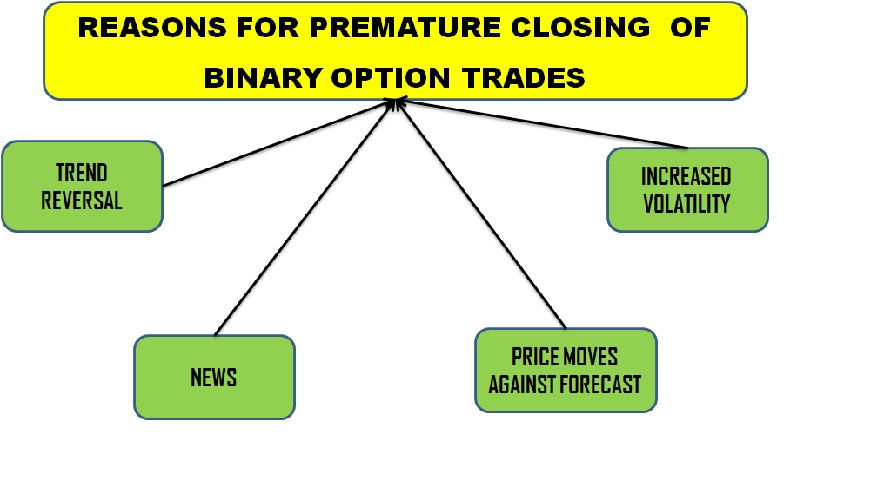 The provision of an early exit undoubtedly benefits smart binary options traders. However, a trader should think twice before using the facility. Frequent use of the facility puts a serious question mark on the strategy applied to trade binary options. You can use our list of brokers with early close option to find a broker that fits your requirements and has the feature.