The Role of Music in Successful Binary Options Trading

Music, as scholars argue, predates the emergence of language itself. Not a single important event (sports, wedding, funeral, prayer, etc.,) passes in a human’s life without music being played in the background. In this world, the proven positive effect of music in improving memory, focus and physical development has become a blessing to people in all walks of life. Thus, it is but natural to believe that music is an appropriate solution for a binary options trader to keep a balanced state of mind. Let us discuss how far music can constructively impact the performance of a binary options trader. 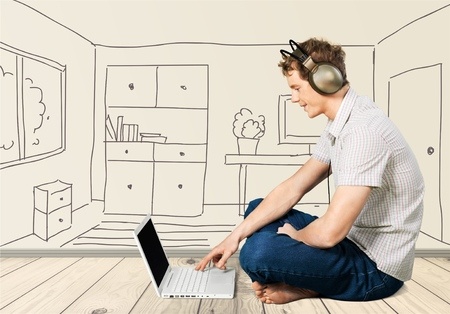 Music enhances higher brain functions such as literacy skills, reasoning, mathematical abilities and emotional intelligence. This was proven through an  research by a study in the University of Helsinki. For a binary options trader, reasoning and problem solving skills are very important to succeed consistently. By regularly hearing any music, which is personally enjoyable, a binary options trader can develop the much needed abilities.

It is a well known fact that the level of dopamine in the brain determines the focusing ability of a person. It has been found out that listening to music will increase the level of dopamine, thereby enabling a person to concentrate better on the job. This positive psychological effect was confirmed by Peter Quily, an adult Attention Deficit Disorder coach, in a program shown by CNN.

Another important point to note is that changes in environment and behavior can reshape the structure of the brain. Even though this phenomenon of neuroplasticity is profoundly seen in children, certain parts of an adult’s brain continue to retain this flexibility. By regularly listening to music, components in the brain can be modified such that there is a vast improvement in concentration and memory (information retention ability). This positive effect of music was confirmed by the researchers at Stanford University School of Medicine. The study found that “Music engages the areas of the brain involved with paying attention, making predictions and updating the event in memory.”

A study, based on Mozart and baroque music with 60 beats per minute pattern, showed that both left and right brain are activated simultaneously thereby maximizing the learning and retention capability. It should be noted that for better concentration and memory power, music without vocal component is ideally preferred.

Apart from smartness, concentration and memory power are much needed virtues for a binary options trader. Without concentration, a trader will not be able to make optimum use of intelligence. Similarly, the knowledge gained from previous trading experiences should be remembered by a trader so that mistakes do not repeat. Thus, considering the details mentioned above, we can safely argue that a binary options trader with a habit of listening to music will not lag behind in any of the trio qualities (focus or concentration, intelligence and memory or knowledge retention).

Background music creates positive mood change in a person at work, thereby resulting in enhanced perception. In this regard, a study conducted on software developers by the Canadian University of Windsor concluded that the participants showed an increase in curiosity when exposed to background music regularly. However, the study also warns that results will not be immediate as it would take a while for the workers to get used to background music (played in low volume).

The argument is further strengthened by the report in the journal Neuroscience of Behavior and Physiology, which states that rock or classical music increases a person’s ability to recognize visual images (letters and numbers).

As far as binary options trading is concerned, clear awareness of the conditions driving the price of an asset is a requisite to trade successfully in the market. Only then, prompt actions (purchase a call or put option) can be taken when there is a change in the prevailing environment. Now, based on the research report, we can infer that the observatory skill of a binary options trader will increase by getting used to music while trading. Ultimately, the trader will be able to realize a better performance.

A binary options trader should be able to quickly identify and execute trades whenever an opportunity presents itself. It is possible only if the trader is both mentally and physically fit. Laziness will result in loss of opportunities and diminished performance. In this regard, one can say that regular exercise will keep a person fit. However, strenuous workouts are never enjoyable. Through background music one can avoid the boredom and exercise comfortably. This will make the person physically fit and sound enough to trade long hours.

The fact that hearing music enables a person to exercise comfortably without feeling pain proves that music facilitates dissociation from a particular activity. The argument gains further support from the fact that since 2007, the New York marathon event has not permitted runners to hear music during participation in the race. The event managers realized that those running to a beat were able to focus away from the fatigue and pain associated with long distance races.

Furthermore, studies on those using treadmills showed that fatigue lessened by as much as 10% when music is used as a catalyst for pain dissociation. A similar positive effect was seen on weight lifters as well.

Music has an exclusive link to our emotions. Thus, it is an effective tool for stress reduction. There is no need to allocate time specifically for hearing music. A person can continue to perform his daily chores while listening to music. Numerous studies (for example, a research report from National Centre for Biotechnology Information) have shown that hearing classical music in low volume has a beneficial effect on internal organs because of reduction in sympathetic nervous system activity. This includes a decline in the pulse and heart rate, lower blood pressure and a decrease in the level of stress hormone (Cortisol). Additionally, soothing music instigates muscle relaxation and prevents wandering of mind.

When there is a decrease in stress, a person will have no difficulty in overcoming negative (avoid depression) thoughts. Globally, there is no shortage of stories about traders who went on a shooting spree because of heightened stress. Music listening will certainly assist in resolving such issues associated with trading world.

In spite of using a  strategy, a binary options trader may suffer a series of losses occasionally. Under such circumstances, only a trader who has the habit of listening to music will be able to easily control stress and manage the situation without taking hasty decisions.

The discussion above indicates that most of the beneficial effects of music is brought about by a positive change in mood. Some researchers argue that it may instill overconfidence (study by Chan, Wang and Vertinsky in the year 2003) in the mind of traders, leading them to take unwarranted risks in the market. A binary options trader should certainly remember this note of warning.

Cultivating the habit of listening to music will certainly go a long way in improving the performance of a binary options trader. However, discipline of mind and basic money management rules should never be discarded.