A trader will be able to take two trades at the same time by monitoring the price movement of one currency pair, which shares a correlation with another. So far, we had spoken about trading currencies in  markets. A binary market is a bit different considering the fact that time plays a rather important part than the quantum of price movement in a particular direction. Let’s study how far correlation between two currency pairs can be used successfully in binary trading.

Now, to apply correlation between two assets successfully in binary trading, a trader should know the following details:

Fortunately, a binary trader need not go through the difficulties of calculating the correlation between various currency pairs, commodities and precious metals. Most of the finance related websites offer them for free. In this regard, there are two reputed sources of information that a trader can use to his advantage: Oanda and Mataf.

Oanda enables a trader to study correlation between major currency pairs, exotics, metals, indices, commodities and even US/UK Treasuries. The checkboxes provided next to the asset categories enable a trader to narrow down the selection. Once the list is narrowed, a reference currency (or any other asset), indicated by a green underline, can be selected by  the mouse. Now, the correlation between the reference currency and the assets belonging to the selected category are displayed for a period ranging from an hour to a year.

A trader can choose a standard table format or other forms of visual presentations (bubble, heatmap) to study the correlation, as shown in the images below. A detailed popup message indicating the level of correlation is shown when the mouse pointer is moved over the bubble or heatmap. The greater the bubble size, the higher is the correlation. Dark red and blue colors indicate the strongest positive and negative correlation, respectively, between currency pairs (or any other assets). Grey color indicates lack of correlation.

We chose to find the EUR/USD pair’s correlation with its major rivals through Oanda.com and received the details (table, bubble, and heatmap) as shown below. 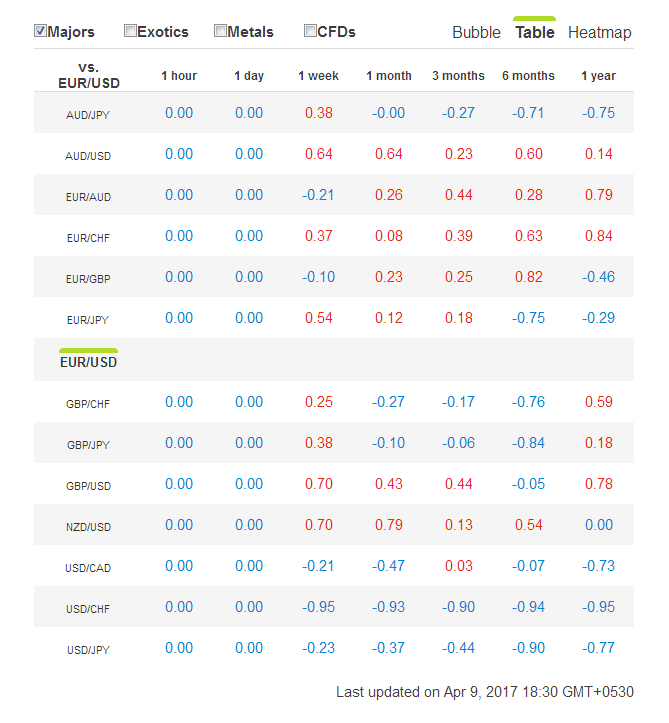 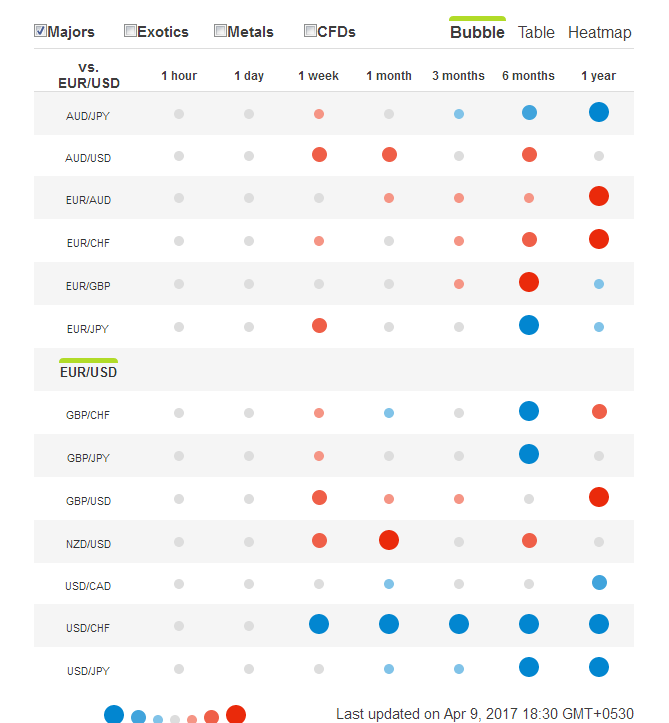 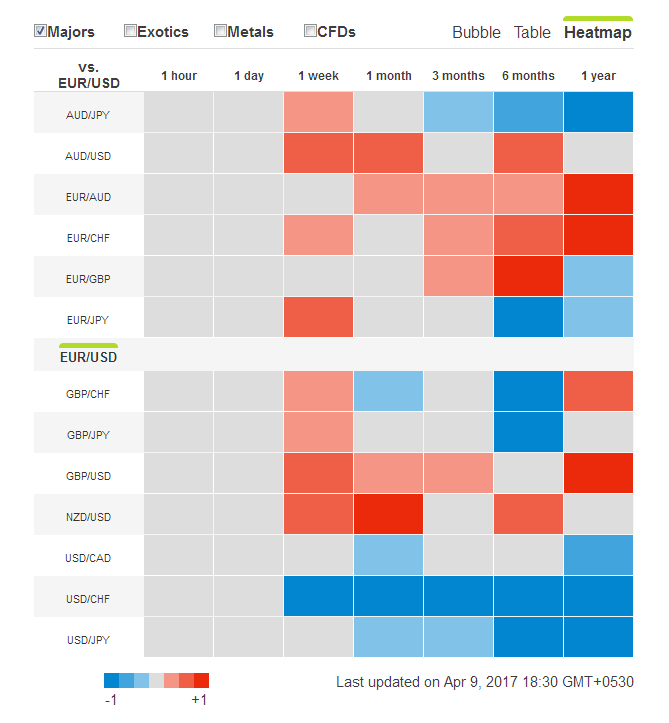 The financial website Matef.net visually displays correlation as a graph instead of a bubble or heatmap. It is needless to say that the table format is readily available as well. Two tabular columns (named ‘excluded’ and ‘included’) are provided for the selection of currency pairs. Notably, only the most common currency pairs are offered for study.

Once the currency pairs are selected, as shown below, the page displays the correlation coefficient in the form of a table along with a graph. The correlation data is provided for a period of 5 minutes, one hour, four hour, and one day. The graph enables a trader to identify the periods of increasing and decreasing correlation even with a given timeframe. It would be useful for a binary trader to time the entry. 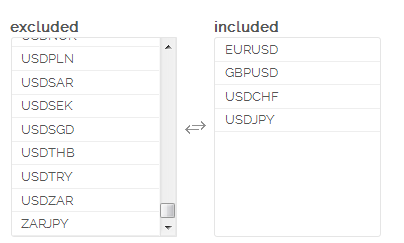 After collecting correlation details between different currency pairs, commodities, and metals, a binary trader can open trades as described further.

Once an uptrend is confirmed, a trader should purchase a call option in both the currency pairs. This means that a trader who has identified a low positive correlation between two currency pairs in a 1-hour timeframe should choose to trade contracts which expire in an hour and not later. If the trader spots a downtrend, then a put option should be bought in both the currency pairs as described above. Again, the expiry period of the option should match the correlation timeframe.

To begin with, a binary trader should choose two currency pairs with high positive correlation in a timeframe of not less than a day. Once that is done, the trader should select a contract which offers a greater return on investment. A  call (or put) option or even a ladder option can be selected. Furthermore, it is better to select and trade currency pairs with high positive correlation during major economic news announcements. Since both currency pairs would more or less rise or fall to the same extent, it is enough to spot the trend of a single currency pair and enter into two trades with confidence. Since major economic events drive a currency pair in a particular direction for several days, a trader can choose a contract with an expiry period ranging from one day to even up to a week. However, the trader should make sure that the expiry period of the option matches the correlation timeframe.

Once a binary trader learns to set up trades based on the basic techniques explained above, complex trades can be constructed to generate returns from multiple trades by simply concentrating on the price movement of a single currency pair. Choosing a broker with multiple currency pairs available is recommended if you want to benefit from correlation trading.